Kynazarr is the largest kingdom of Empyrnea. It is also the most advanced city leading all other kingdoms in most areas, but most notably politics and technology. The people of Kynazarr are bound to the focus of Pyre, the form of Ylem energy associated with willpower. For only when man expresses his will onto reality can he transform it from that which it was to that which he wishes it to be.

Being the largest kingdom of Empyrnea in both size and population, Kynazari are the most varied when it comes to opinion, outlook and attitudes. That said, to understand its people and the current King, Dlone Kynazarr, we must first understand the original holder of the bloodstone in Kynazarr, the first Queen, Kalea Kynazarr.

During Apsu’s rise to power in Empyrnea, only one person of influence questioned Apsu and his motives openly, Kalea Kynazarr. The Queen of Kynazarr, the largest most civilized city of Empyrnea called for a high council to rule from the capital city Aeterna, claiming that no single ruler such as Apsu should wield such power over so many. Many from Aeterna found Kalea’s words to be treasonous and called for her imprisonment. No such arrest was ever made and to the surprise of many, Apsu actually gifted his last bloodstone to his only voice of opposition in the land, Kalea Kynazarr.

Although reluctant to take possession of bloodstone, Kalea eventually did just that. Where the other kings would go on to rule indefinitely (with the exception of the Eloden), Kalea had wisdom where others did not. The first queen of Kynazarr, and the first queen alone, realized that man was not destined to be ruled over by a single ruler for time immemorial. Instead it was man’s destiny to rule over himself. Such thought was a reflection of the progressive laws already routed in Kynazarr’s republic based law system. And so, after a mere thirty years of rule, Kalea passed the bloodstone to an heir and started the only bloodstone succession of rule in all of Empyrnea. The queen decreed that no Kynazarr shall rule over the kingdom for a time more than a hundred years.

Before the Queen released her bloodstone, her last official act was the creation of a secret order of Magi known as the Veil of Magus. These Magi swore an oath to investigate the kingdoms at every opportunity and uncover any plots by Apsu and his Clergy. The act was considered paranoia by some in Kynazarr, patriotic and selfless by others.

Since Kalea, the bloodstone has been passed down from generation to generation, falling today to Dlone Kynazarr. A fair and just king, embracing the responsibility of ruling the greatest kingdom of Empyrnea during the most troubled times.

On the surface, Dlone appears to be a supporter of the Enclave and has worked hand in hand to establish Churches of Ylem throughout Kynazarr. In reality, Dlone is a traditionalist, following in the Queens footsteps more so than any other Kynazari king since the Queen herself. Dlone suspects the Queen’s suspicions were right about Apsu all along and feels that outright war is coming to Kynazarr. As such he has been lulling the Enclave into a false sense of security as he makes such preparations. In secret Dlone has increased support to the Veil of Magus, even going as far as offering secret safe havens for the Pariah within his borders.

Beyond the politics of the day, Dlone believes that salvation for the people of Empyrnea will be achieved by very deliberate effort, shaping and transforming the world to the very best of what they imagine. Intuitive planning and innovation are at the forefront of the King’s ideals. And such ideals have nurtured a kingdom full of innovations, invention, engineering and industry unlike anywhere else in Empyrnea. While Kynazarr’s rules are numerous, they are founded in a republic which grants its people more personal freedom than any other kingdom in the land. Kynazarr is known for its great debate halls and historic libraries which contain a complete record of all the human events in Empyrnea throughout history.

Dlone is known as the “Rose King”, a title passed to him after the birth of his daughters, a pair of twins dubbed the Golden Rose and the Silver Rose and a third youngest child, known as the Sapphire Rose. In recent years, Dlone’s youngest daughter was killed in a rogue scion attack. Shortly after the Sapphire Rose’s death, Dlone was forced to take his own wife’s life as she succumbed to the affliction infecting Empyrnea. Compounding his loss, the “Veil of Magus” has recently delivered disheartening news--news that centuries after the queen’s death, validates her suspicions once and for all.

Overwhelmed and distraught at such loss and such dark matters at hand, Dlone has receded away from public life into the halls of his great castle. He has left the running of his kingdom to his daughter Kalshiera, the “Golden Rose of Kynazarr”, who has taken the charge with enthusiasm and determination. 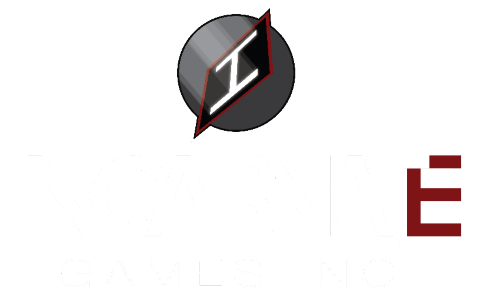